Gurkha History
"As i write these words my thoughts return to you who were my comrades, the stubborn and indomitable peasants of Nepal. Once more I hear the laughter with which you greeted every hardship. Once more I see you in your bivouacs or about your camp fires, on forced march or in the trenches, now shivering with wet and cold, now scorched by a pitiless and burning sun. Uncomplaining and endure hunger and thirst and wounds, and at the last your unwavering lines dissappear into smoke and wrath of battle. Bravest of the brave, most generous of generous, never had a country more faithful friends than you".
- Sir Ralph Turner
A face contorted with willpower and strength, a warrior honorable, courageous, loyal and wise. He is a symbol of these qualities in war and peace. His fierceness is as legendary as his loyalty to the British Monarch and his regimental history is packed with acts of unbelievable bravery and sacrifice. The love of his mountains homeland and his family is deep and keeps luring him back after the call of duty. He is the unconquerable Gurkha soldier and a legend in his own right.

The word ‘Gurkha’ is derived from Gorkha. The latter is small town in Nepal and the significance of this place is indistinguishable to the history of the Gurkhas. The importance of this town is monumental for both Nepalese and Gurkha history. Ninety kilometers north of Kathmandu valley, lies the town Gorkha where it all began.

‘Gorkha Durbar’ is a palace, fort built with a strategic intent by the kings of Gorkha for their planned expansion across the country and beyond.

Prithvi Narayan Shah was the most famous king born in Gorkha. At a time when Nepal was dissected into various small kingdoms, Prithvi Narayan Shah managed to unite them all through his military skills and operation. As the operation progressed, ambition also grew with it. Northwards expansion towards Tibet angered The Chinese while southern expansion towards India alarmed the British. This brought the fierce Gorkhas or Gurkhas later known, into direct conflict with the British East India Comapany.

The Gorkha soldier known for their speed and their willingness to fight till death under extreme conditions had an intricate knowledge of the terrain and were perfectly suited for guerilla warfare. The British were reluctant to take on such an elusive and successful Gorkha force, which had required the strength of a vast Chinese army to push them out of Tibet. Eventually the Governor General of Bengal was authorized to declare that the British Empire was at war with the small but aggressive state of Nepal. The time this declaration was made, Nepal was under the insightful leadership of Prime Minister, Maharaja Bhim Sen Thapa. This was to be the first campaign for the British General with the unfamiliar hill army of Nepal.

British Attacks:
The eastern battalion was confronted by extremely difficult territory and failed in every single objective and first campaign nearly collapsed. A British General by the name of Rollo Gillespie left his camp at Meerut and headed towards the Nepali border with 4000 men and 20 guns. He captured the valley of Dehra Dun but was abruptly halted for six weeks by Gorkha resistance run from a small fort in Kalunga. It was built on a 152-meter high hill and was surrounded by dense undergrowth. In it were 600 men and women. Gillespie’s army had surrounded the fort and was convinced that the Gorkha would give up resistance since being outnumbered. He sent a message asking the Gorkhas to surrender. Instead, the leader of the Gorkhas tore the letter and in the next few days repelled several attacks by the British. One of Gillespie’s officer, James Fraser wrote, ‘They fought us in fair conflict like men, and in the intervals of actual combat, showed us a courtesy worthy of a more enlightened people. John ship wrote: “I never saw more steadiness or bravery exhibited in my life. Run they would not and of death, they seemed to have no fear, though their comrades were falling thick around them, for we were so near that every shot told”. In the middle of all this chaos, a gorkha came clamoring over the ramparts. His jaw had been shattered by a musket ball and was pleading for medical assistance. After receiving treatment from his British adversaries, the British were expecting him to surrender but he audaciously said no and headed back to the fort to resume the battle. Every British attack on the fort was repelled. The Gorkhas threw every kind of missile at the British soldiers until, out of food, water and ammunition; the fort finally gave in to the attacks. Still, there was no surrender. The remaining 85 able-bodied Gorkhas escaped under cover of darkness to fight another day. The battle of the fort had been ferocious and the British had suffered more losses. The British casualties included 31 officers and 732 soldiers while Gorkhas lost 520. Two years later, two obelisks rose at the sight of the fort in honor of the British and the ‘gallant adversary’.

Western front was under the leadership of General David Ochterlony faced the Gorkha General Amar Singh Thapa. The Gorkha were forced to retreat but this small British victory did not dampen the Nepalese spirit. The British still needed more firepower to dislodge the Gorkhas. Given the circumstances, the court of directors decided to mobilize 35000 men and 120 artillery pieces. They managed to defeat the Gurkhas but such was their admiration for their adversary that they let Amar Singh Thapa march out with all his arms and his personal property. The Gorkha forces were heavily outstretched and were forced to seek a settlement before being completely outrun. One of the British generals wrote in 1815, “ they are hardy, cheerful and endure privations and obedient, have not much of the distinction of caste and are a neutral kind of Hindu. Under our government, they would make excellent soldiers.” After this an important highly unusual clause was included in the peace agreement, which was known as the “ Treaty of Segauli”. The clause gave the British army the right to recruit Nepalese citizens. Then on, Nepal became the only nation whose citizen fought in wars that it had no direct conflict with. The initiation of the recruitment itself was unique in military history. Seldom in the history of warfare been two sides so impressed by the others performance and bravery that they decided to unite rather than collide. From then on, the comradeship between the British and Gurkhas soldiers has grown unflinchingly.

Since then, many Nepalese, mostly the Rais, Limbus, Gurungs, Magars and Tamangs have served and still serve in the British army. Their courage, sincerity and loyalty have won them praise and friendship from their British counterparts and fear and respect from their enemies. For their valor, many Gurkha soldiers have been decorated with medals of honors, including the Victoria Cross, the highest military honor from bravery in the British army. 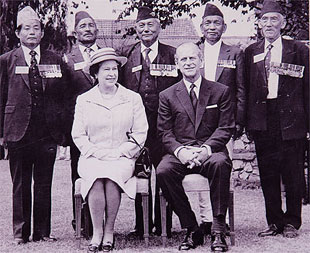 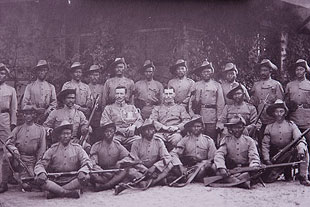 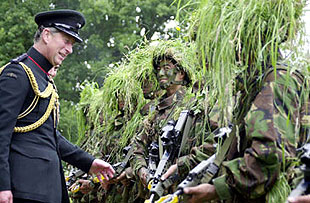 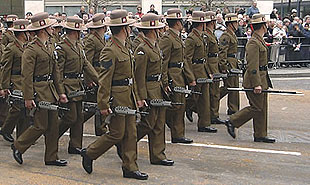 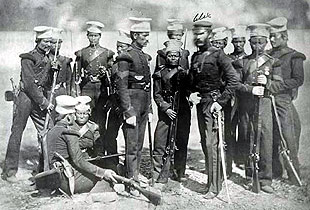 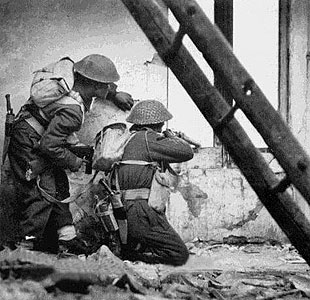 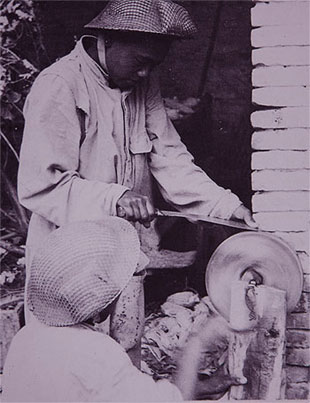