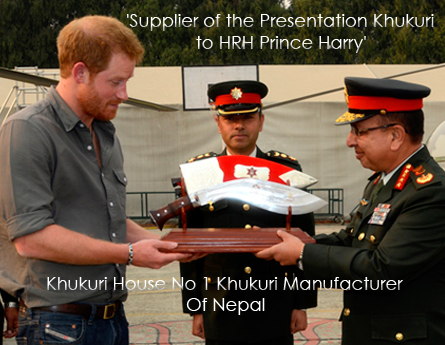 It is the combination of a Knife (Churi) and a Khukuri. This is the outcome of these two blades that got this new Kukri in the making hence the name “ChuKuri”. 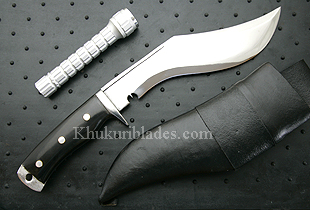 The name originally originated from leaf called "Siru" found in hilly regions of Nepal. The shape and size of the knife has been influenced by the fascination of farmers towards this leaf. 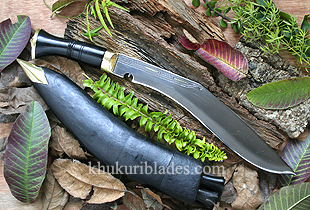 This Classic kukri is the replica of a traditional style kukri made centuries ago. A collectors choice. 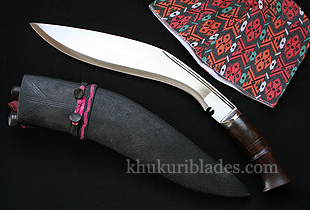 This Stunning Dhankute can stun anyone with its look as white buffalo horn is used for its beautiful case which is very rare. 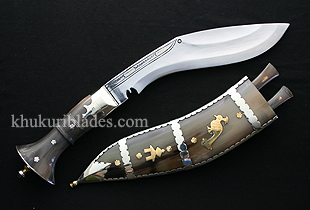 New Sirupate 15" from the stable of Khukuri House called as "Sirulange". Very much like the Sirpates crafted before but with a fuller, black unpolished blade and a different looking leather scabbard. 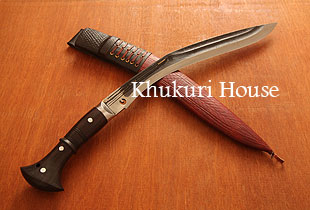 Welcome to Khukuri House Thamel. We are proud to present the Legendary Kukris. kukri a medium-lenght curved knife each gurkha soldier carries with him in uniform and in battle. In his grip, it is a formidable razor sharp weapon and a cutting tool. In fact, it is an extension of his arm. When his rifle misfires, or when his bullets have run out, a gurkha unsheathes his kukri and makes his final " do or die " run on the enemy in a fury to finish the business.
Read More

Khukuri House Thamel is the manufacturer and distributor of the finest Kukris in Nepal. Established by Mr. lalit Lama, an ex-British Gurkha Warrant Officer in 1993 is the first genuine Gurkha Knife store in the heart of thamel (tourist area) in Katmandu, Nepal.
Read More 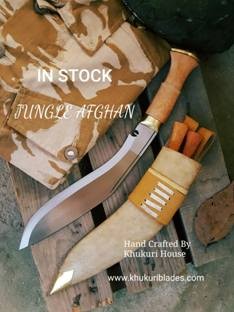 Khukuri House is very proud to be a part of this wonderful event. Prince Henry of Wales "Harry" on his on going official visit to Kathmandu, Nepal, was presented a Beautiful Khukuri Blade, text engraved honoring Harry by the Nepal Army. This Majestic Khukuri was made by Khukuri House. What an awesome honour for this house.
Kukri, Khukuri, khukri, kukuri, kookuri, no matter how you call it; it always refers this curved sharp metal carried by Gurkhas; the most feared weapon of all.
"Freshly Crafted "JUNGLE AFGHAN" for Sale. Grab it Fresh and Hot.
Order now before stock last.